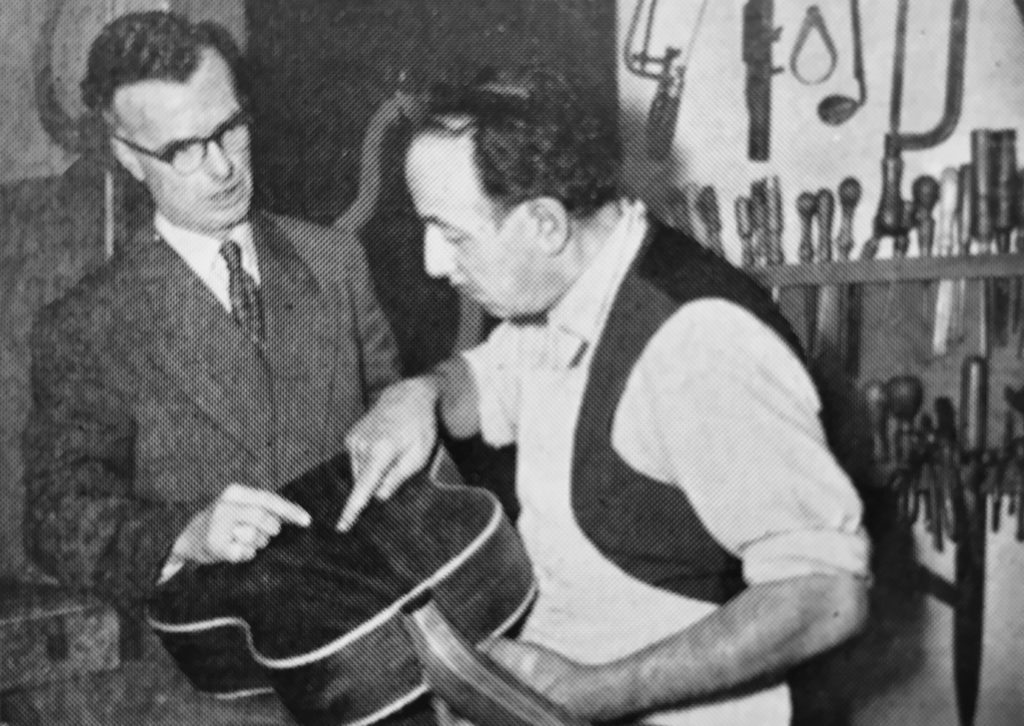 Here is A.P. Sharpe (left) in the workshop with Marco Roccia (1902-1987). Roccia was one of the first luthiers in Britain to experiment with making a ‘concert’ guitar, which he developed between 1948-1951. Terry Usher reviewed Marco Roccia’s concert guitar in 1951 as “the first true concert guitar to be produced in this country.”